A Map Of Clerkenwell 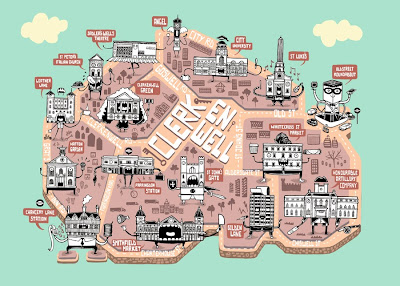 Slightly North East from Central London, Clerkenwell is plenty of history and probably the most central area to join London's recent mass gentrification. Named after the Clerks' Well that still stands nearby –albeit enclosed within a building and behind a glass window– the area is linked to a long forgotten monastic past. A backdrop for historic characters of the likes of Oliver Cromwell –he owed a house there– Charles Dickens– a scene of his Oliver Twist is set in Clerkenwell Green– and Vladimir Lenin, who used to work at number 37a, now the Marx Memorial Library.

This map stems off a commission that fell through, but that allowed me to explore and investigate the rich history behind an area that best reflects the old-village-absorbed-by-Victorian-metropolis feel. Find out more about Clerkenwell's living landmarks, starting clockwise from Angel. 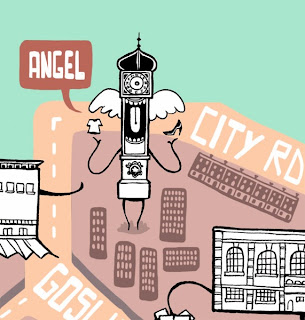 The clock tower built by J.D. Smith and Sons marks the entrance to The Angel in the Borough of Islington and its long strip of shops recalling an era of clockmaker business. 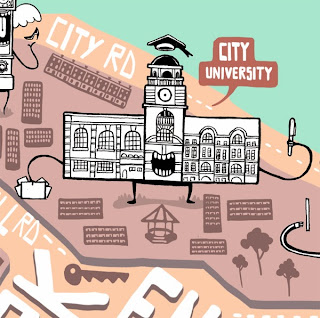 Further down South there's Northampton Square where City University's main campus is. It houses the prestigious Inns of Court School of Law. 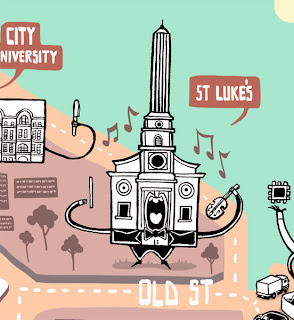 Due to being built on marshland St Luke's church laid abandoned for 40 years until it was refurbished into a music hall operated by the London Symphony Orchestra. 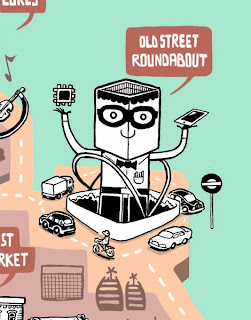 Densely populated with web-based companies, Old Street Roundabout has been nicknamed Silicon Roundabout and is infamous among cyclists. 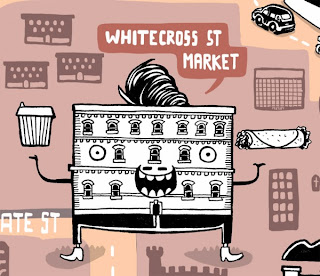 Flanked by elegant early council housing, Whitecross Street livens up every Thursday and Friday at lunchtime with food stalls serving all sorts of delicious take aways. 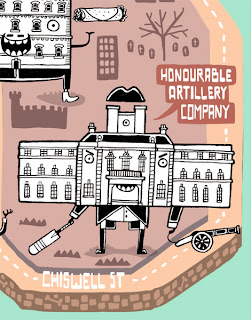 Hidden away off Moorgate, there's the Honourable Artillery Company's grounds, the second oldest military organisation in the world, now a charity. 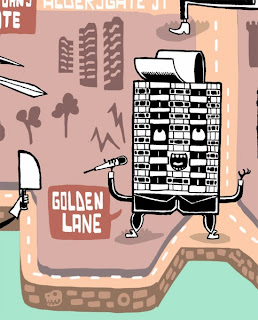 Designed by the same architects, the Golden Lane Estate is the forefather of the Barbican, notorious in its darkest times for suicides from the rooftop and now sought after 60s property. 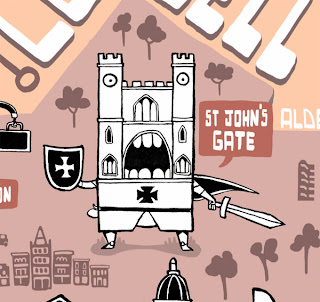 St John's Gate reminisces Clerkenwell's monastic past. It was the entrance to the priory of the Order of St John, the Knights Hospitaller. 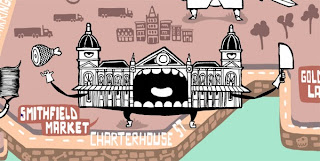 In Victorian times Smithfield Market, London's main meat market, was described as the most pestilent place in the capital. It still serves its original purpose, being the last surviving historic wholesale market in Central London. 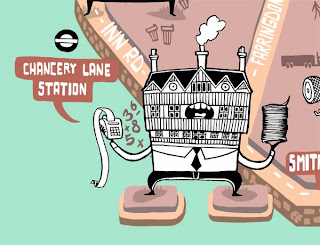 Next to Chancery Lane station still stands one of the few Tudor buildings to survive two of the toughest moments in London's history, the Great Fire and The Blitz. The Staple Inn, currently the Institute and Faculty of Actuaries. 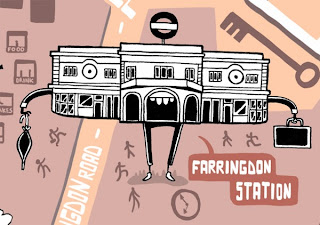 When Farringdon Station opened in 1863 it was the terminus of the Metropolitan Railway, the first underground metro line in the world. 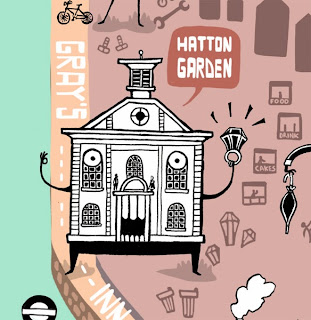 The Medieval City of London had business organised in different quarters by trades. The area around Hatton Garden was and still is the jeweller's quarter and centre of the UK diamond trade. 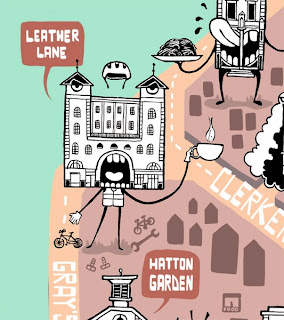 Lively Leather Lane with its daily food market and its Edwardian tenement blocks, the Bourne Estate. When the working day is over cycle couriers gather up around the repair shop/cafe Full City. 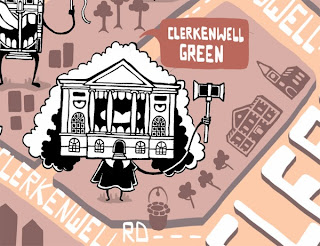 The spiritual centre of Clerkenwell, the Green, is presided by the Old Sessions House, a Classical style building that was the centre of the judicial and administrative court of the County of Middlesex, mostly part of Greater London now. 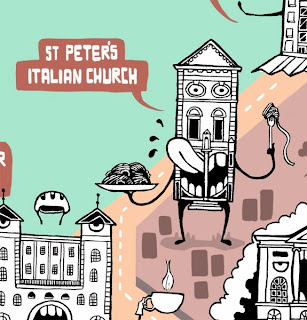 St Peter's Italian Church was built for the growing Italian immigrant community that settled here in the mid 19th Century and made this area London's Little Italy. 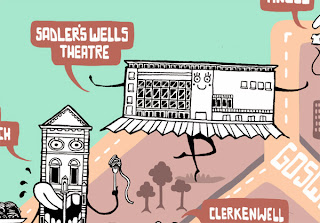 For centuries the ground of the Sadler's Wells theatre has been dedicated to performing arts and it is currently one of the UK's foremost dance venues. 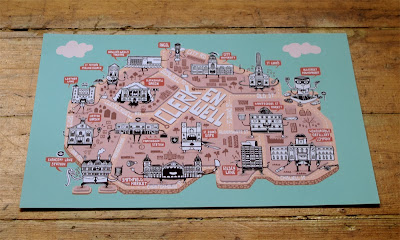