Here's my submission for the yearly competition that Spanish airline Vueling holds for the front and back cover of their inflight magazine Yorokobu. 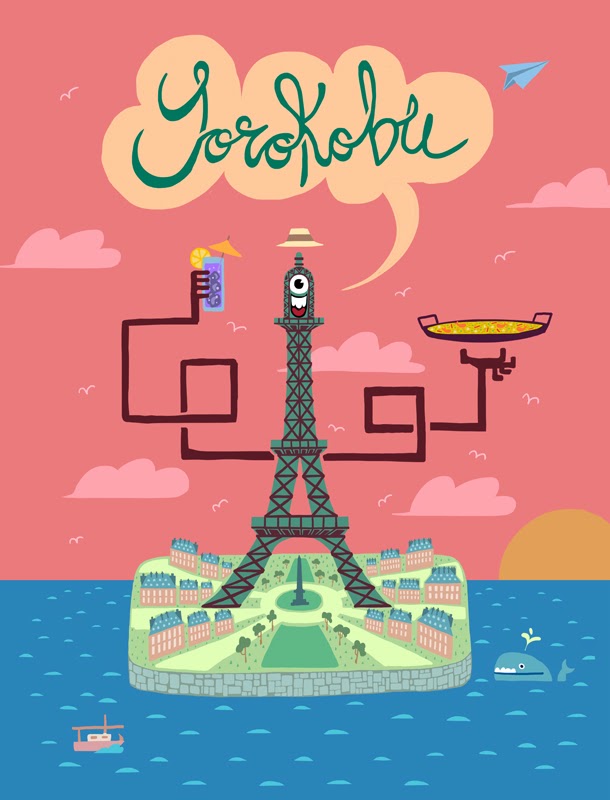 Since airlines are normally associated with travel, and it's normally people that do that, I asked myself what if buildings went on holiday? Moreover, what if the Eiffel Tower, epitome of France and all that's French, was to drift away on a patch of Paris down the Seine into the Mediterranean? Yes, it actually flows into the English Channel, the opposite side of Europe, but buildings don't eat paella either as far as I know. It should manage to bob past Gibraltar in the first place... 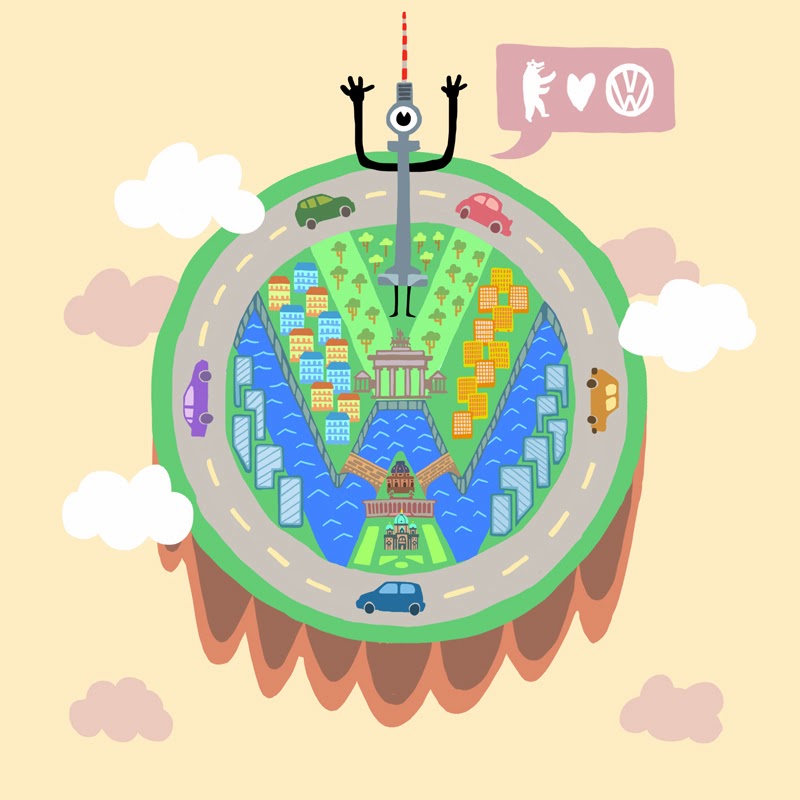 The back cover of Yorokobu is traditionally sponsored by Volkswagen so following up with random stuff I thought to myself 'Volkswagen is German. I like cities. The capital of Germany is Berlin. Berlin most definitely likes Volkswagen cars'. Let's turn the famous car manufacturers' logo into a map of Berlin! At its centre we will have the Brandenburg gate with West and East Berlin on either side and the Tiergarten at the top. Across the zigzagging river Spree, there will be Museum Island with the cathedral and the Bode and Altes museum. Encircling it, a ring of modern glass buildings and one of those famous German speed limitless motorways with iconic Volkswagen cars on an evolutionary race.