I have redesigned my website to make it a bit more graphic and –hopefully– appealing. The major change is that I have stressed the difference between my architecture illustration work and commercial illustration commissions –like storyboards– by creating two distinct sections. 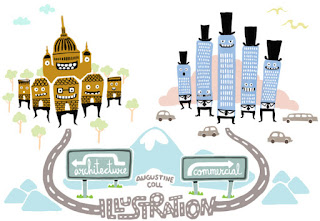 For the main menu illustration I wanted to make fun of this dichotomy by juxtaposing the old quarter of a city with the more modern sky-high financial districts that are blooming in European towns. They lie beyond the mountains at the opposite ends of one long and winding road. Here's the roll-over illustration. 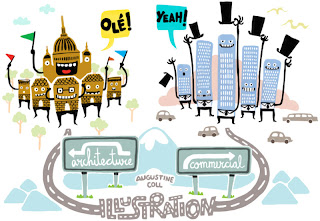 The about page sees a house character powered by a human being running on a mechanism/hamster wheel. Better insulation makes it a lot hotter in the summer. 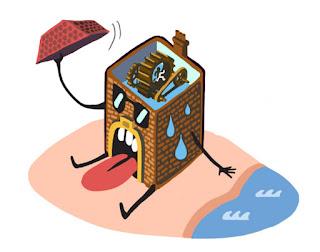 For the contact page I thought it could be fun literally putting in touch the unmistakable communication antennas seen in London and Barcelona; the BT Tower and Torre de Collserola respectively talking over an old-fashioned device such as two plastic cups linked by a cord. 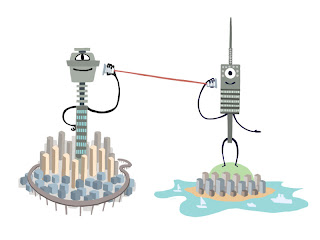 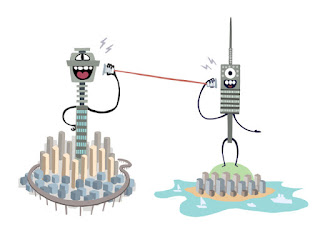 The redesign is not over yet. There are still a couple of things I want to do –for example an illustrated commercial illustration menu page. But will get that done when I have more time.

In the index page there is Homie once again welcoming you. 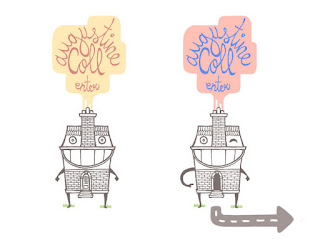 See it all in action HERE