A Map of Soho 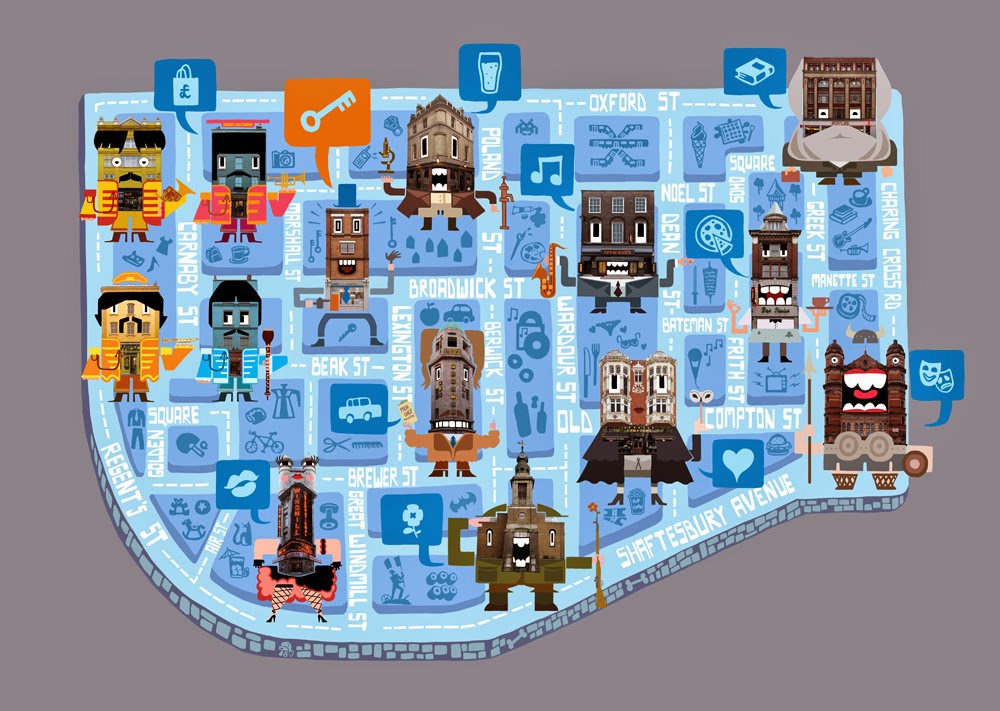 This map of Soho was commissioned by estate agents Greater London Properties. Proudly based in Broadwick Street as the only property shop front in Soho, they wanted a vibrant vision of London's renowned entertainment district that would encapsulate the energy and diversity of an area they have operated in for more than 10 years and have an unrivalled knowledge of.


Together we sat down and went over key moments of its exciting history. From its beginnings as a failed urban development for the 18th Century's wealthiest to the dazzling culture hotspot that is today, without ignoring its recent past as London's notorious red light district.


We then picked a few from a myriad of interesting characters that at some point lived there and, in a bit of a surrealist effort, related them to some of Soho's most popular buildings. Thus, with my bicycle and camera I set out on an exhaustive journey through its labyrinthine streets and crooked alleys.

From the barren to the tourist-barricaded corners I took tons of photos of facades, pieced them together and drew over them to create these quirky characters. 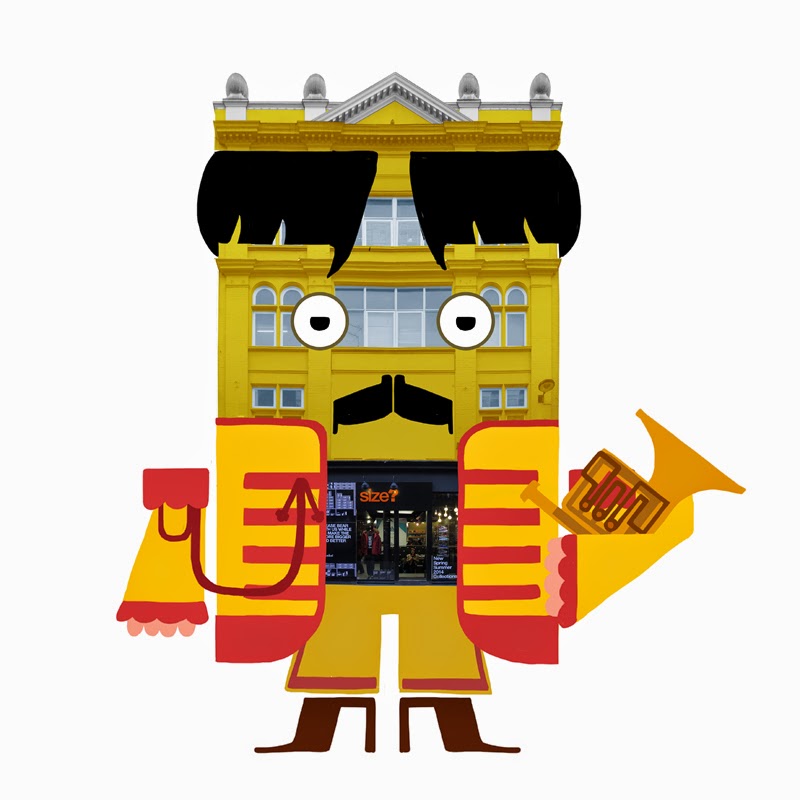 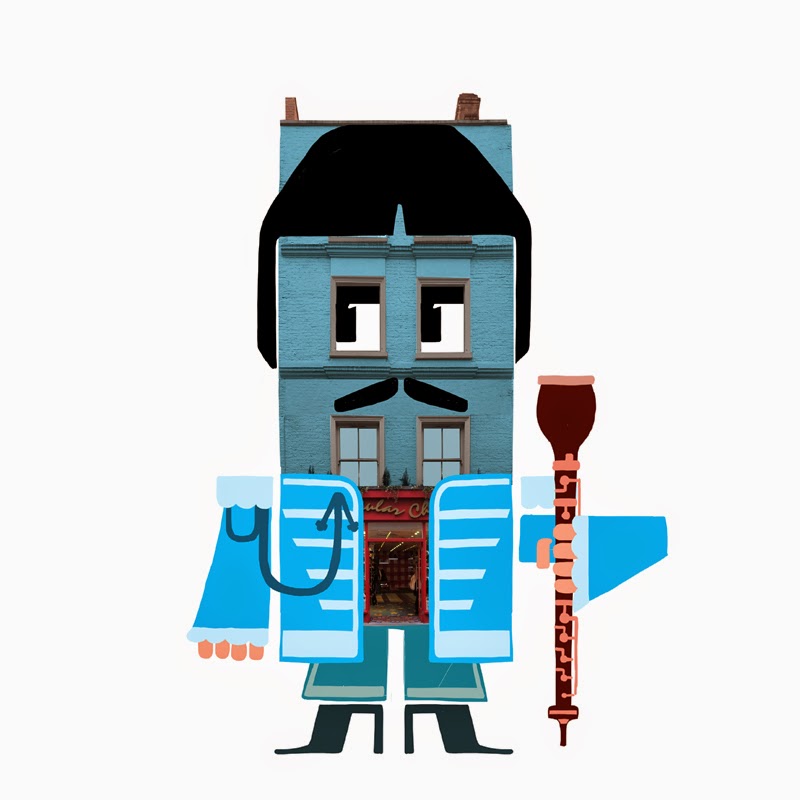 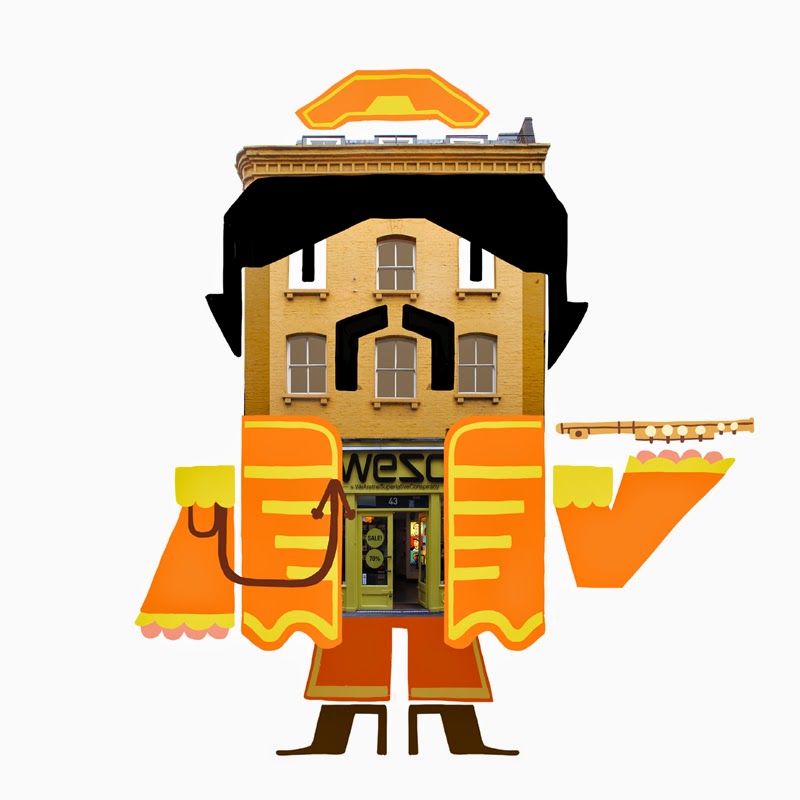 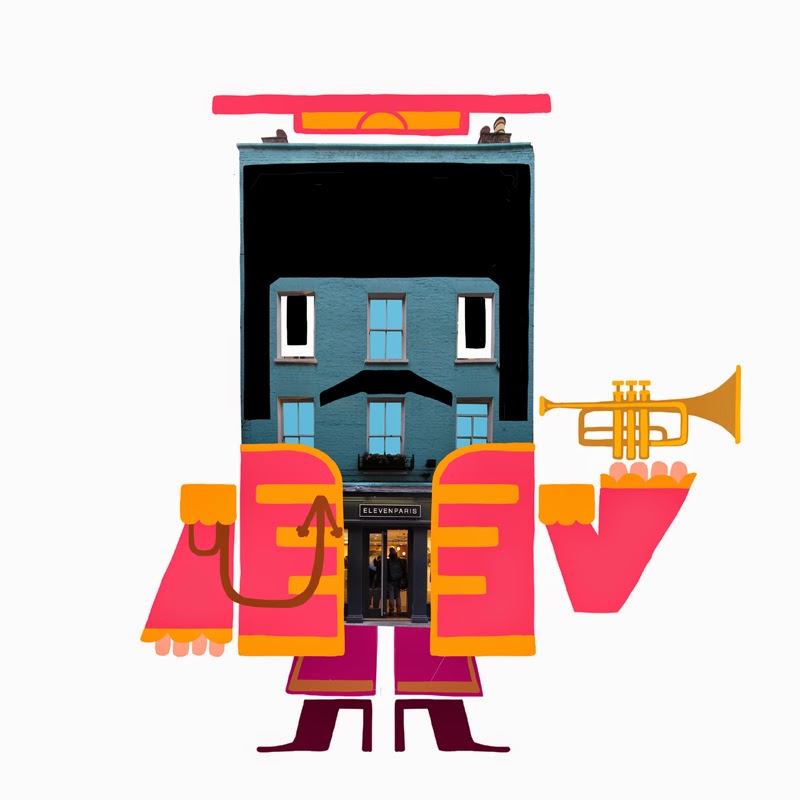 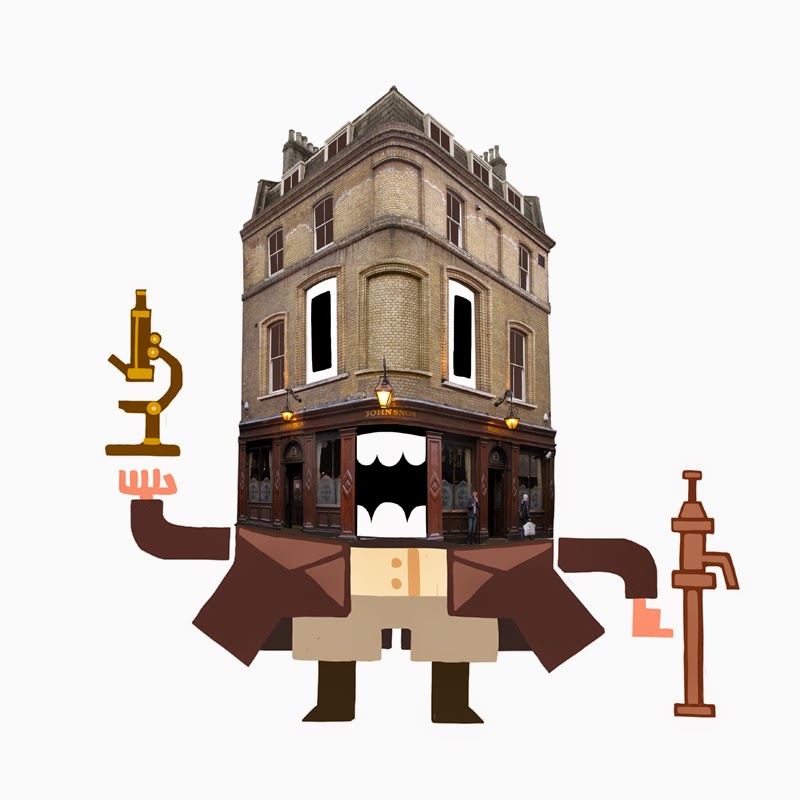 The John Snow Pub as Himself – even scientists drink beer, especially when 'someone' has dismantled the local water pump. 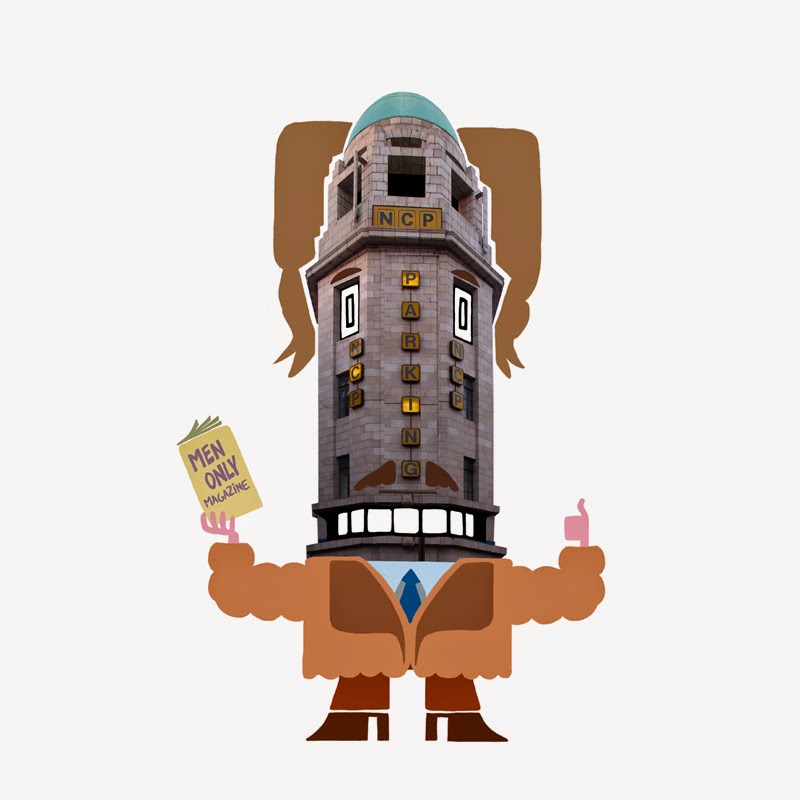 Brewer Street Car Park as Paul Raymond – one's got to park the car somewhere before a long night out in neighbouring Revue Bar. 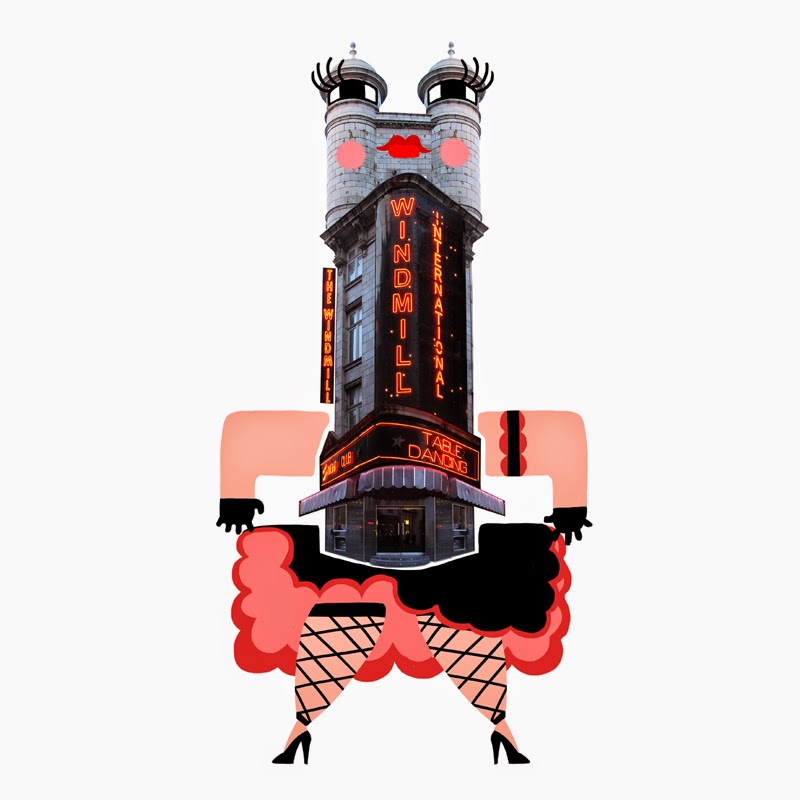 The Windmill Club as a Can Can Dancer – these dancers could only legally perform naked as tableaux vivants. 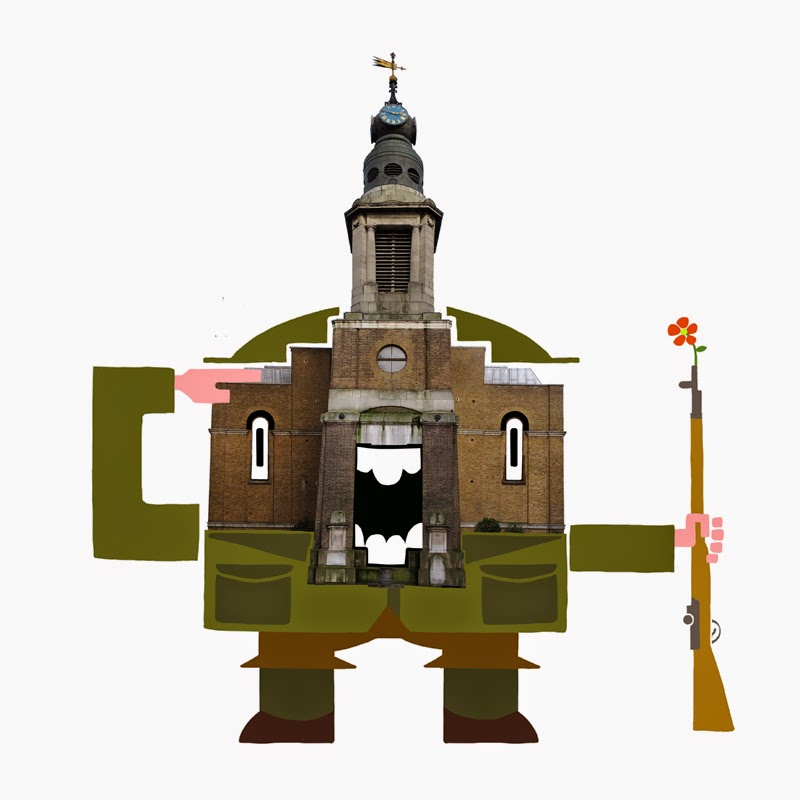 St Anne's Church as a Great War British soldier – it resurfaced from the ashes after being hit by a bomb during The Blitz. 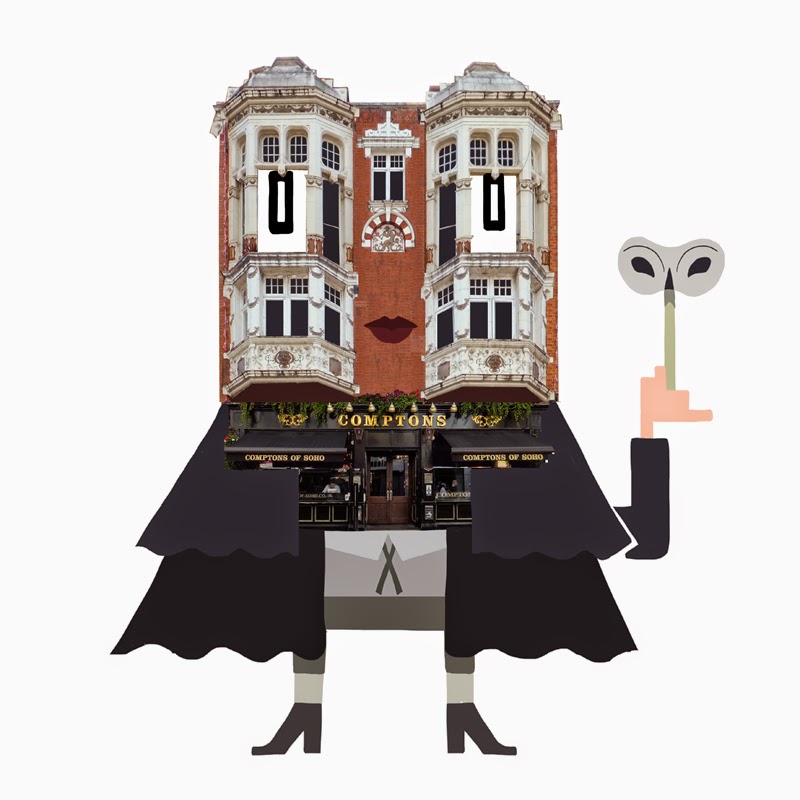 Compton's of Soho as Casanova – the master of romantic suspense had fun in Soho too. 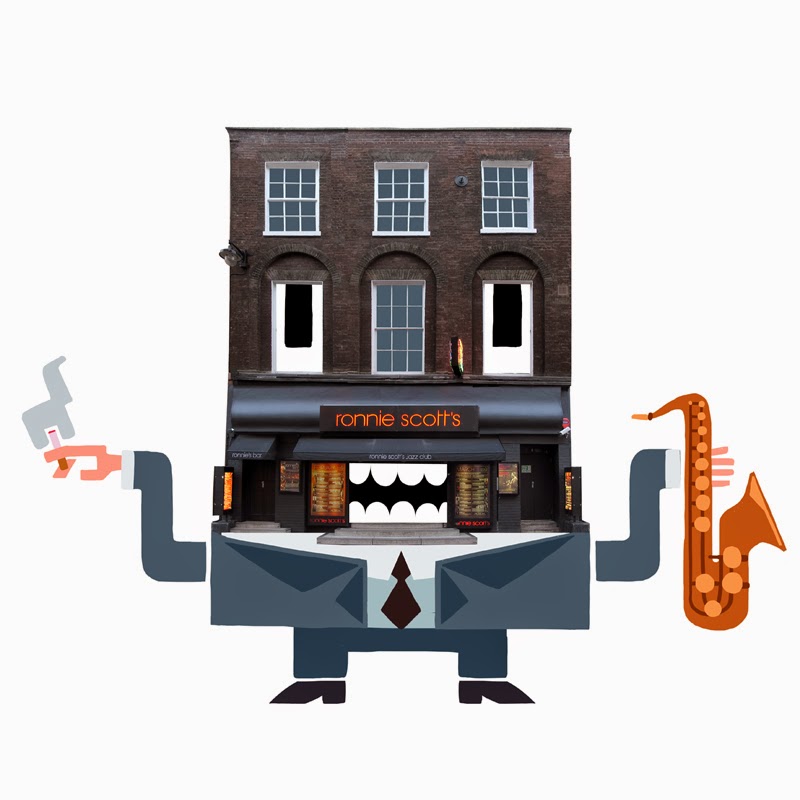 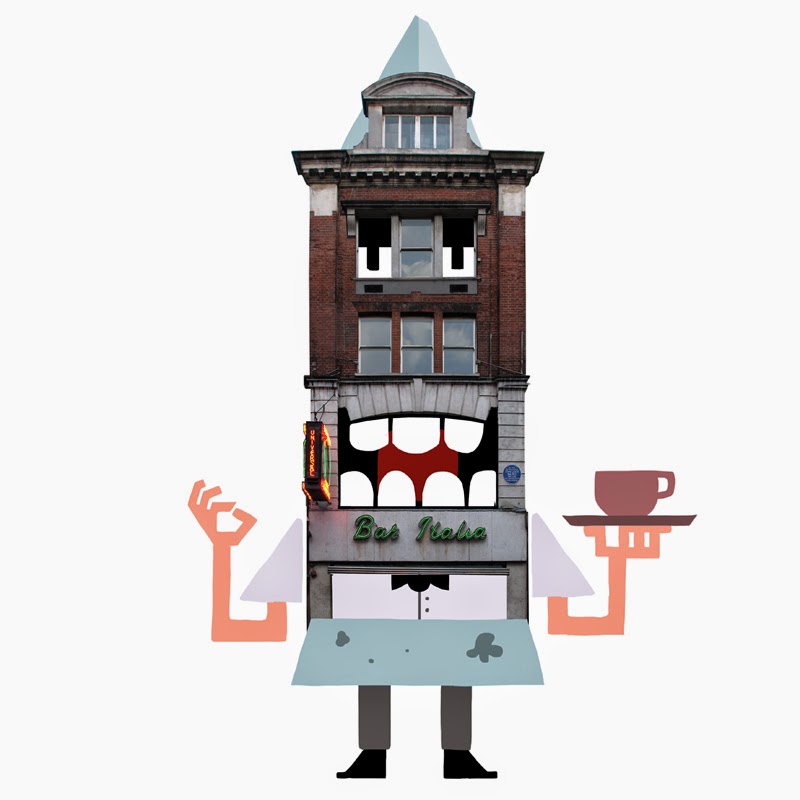 Bar Italia as a Barista – only Italians truly understand the alchemy of coffee making. 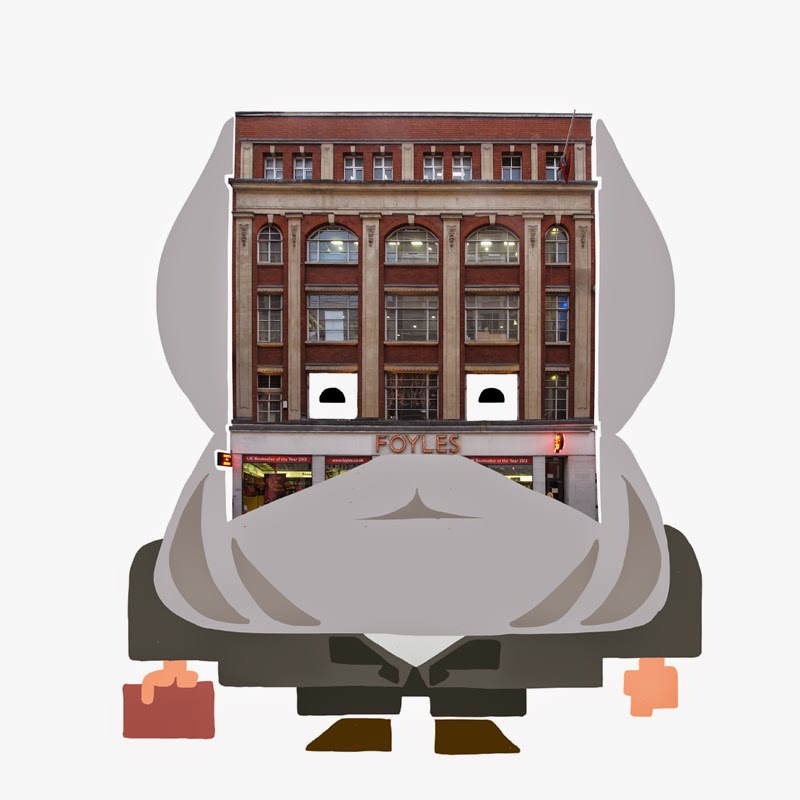 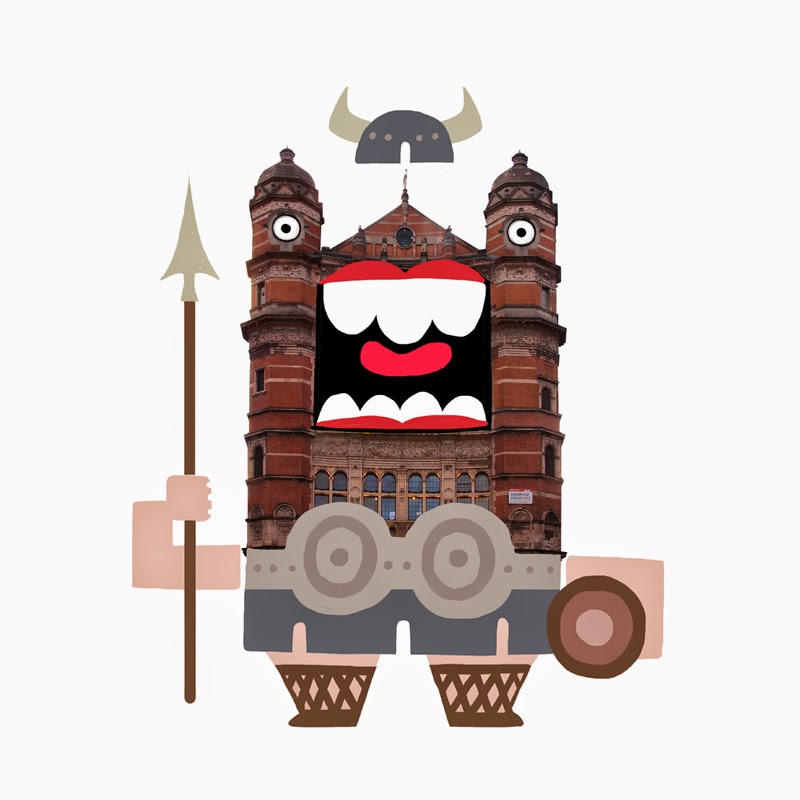 And to finish with, the A5 postcard of the map. 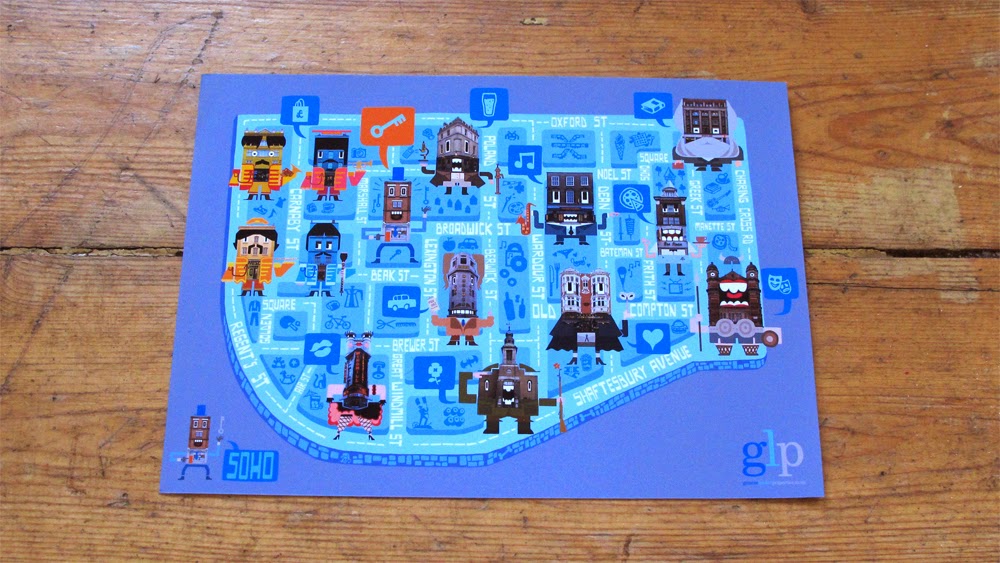