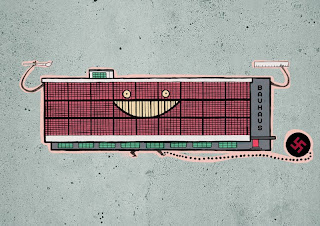 This illustration is the third in succession of 6 postcards designed for Bauhaus: Art as Life competition at the Barbican.
Posted by Agustin